With Paulo Paulino Guajajara another Brazilian forest guardian was killed. The Amazon rainforest and the Cerrado savannah are burning. The first to be overwhelmed by the smoke, Brazil’s indigenous communities keep fighting back. 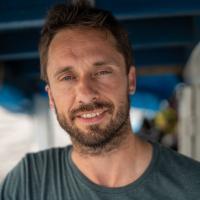 ‘On the day that Bolsonaro was elected, they set our school and health center on fire.'

Vasco Pankararu, leader of the Pankararu people, has received constant death threats since that infamous day, October 7th2018. His land, in the dry steppes of the northeastern Pernambuco, is legally recognized as an indigenous reservation. But Bolsonaro’s promises during the last election campaign have emboldened farmers working the land that surrounds the reservation. Bolsonaro announced he would not leave a square centimeter of land to the native population. Later, he corrected himself: not a square millimeter. In fact, he would provide farmers with the weapons to drive these ‘parasites’ from the land that shelters the country’s mineral resources. ‘It is a shame that the Brazilian cavalry was not as efficient as the Americans’ at wiping out the indians’, the far-right ex-army officer once let slip.

‘With the support of the president they now think they can do whatever they want. But we are not afraid. We have already survived 519 years of colonization and oppression; this too we will endure’, says Vasco. He clears his throat and smoothens the black and white sparrow hawk feathers of his imposing headdress. But his attempt to project fearlessness jars with the quiver in his voice.

Together with more than a hundred other Pankararu, Vasco has just completed a 36-hour bus journey. It is his tenth Acampamento Terra Livre. Last year, as Bolsonaro led in the polls, the annual protest march drew 3500 indians of over a hundred different ethnicities to the nation’s capital. It was the largest ever indigenous gathering in Brazil. This year there are substantially fewer people in attendance. While they don’t want to admit it, they are scared. And justifiably so.

The Brazilian interior has never been a playground. Hardly anywhere on earth have more environmental protectionists, human rights activists and journalists been killed. These murders have mostly gone unpunished. But where the bar for human rights was already pitifully low, Bolsonaro has taken it upon himself to stamping it deep into the ground. He has declared himself an enemy of NGOs. He threatens to withhold their funding. He even accuses them of setting the fires in the Amazon rainforest. Many organizations that have fought for years under difficult conditions to protect human and environmental rights have now been dealt crippling blows. I would talk to many representatives of NGOs during this five-week journey through the Brazilian interior, and time and time again I would be asked not to quote them. More than ever they are afraid for the lives of their staff.

Under the leaden sun at Acampamento Terra Livre there is no shortage of stories like Vasco Pankararu’s.

‘Because of the collapse of a dam belonging to the mining multinational Vale, our river was flooded with toxic waste in January. Everybody had to leave their homes. Vale is not even being held accountable. Everybody is afraid.’ – Yeré Tembié, Minas Gerais

‘Real estate companies can smell the opportunity. This year they already annexed large parts of our land. We are fighting back. But it always seems like blood has to be shed before indigenous lands are protected.’ Cacique Awa, Renascer Ywyty Guaçu

‘They want our skin. They are trying to conquer our reservation by bribing us, by dividing us. They have tried to prevent us from coming to Brasilia to demand our rights. But here we are. This battle we have won.’ Ana Terra Yawalapiti, Xingu

Bolsonaro deployed the elite Força Nacional to keep indigenous protestors out of the capital. Those brave enough to make the trip regardless are corralled by mounted police onto the perfectly mown lawn of the Esplanada dos Ministerios. Here, in the political heart of the country, right in front of the parliament and the senate, protestors have been setting up their tents for years. Now they have to move to a new and much less visible site a mile and a half away. 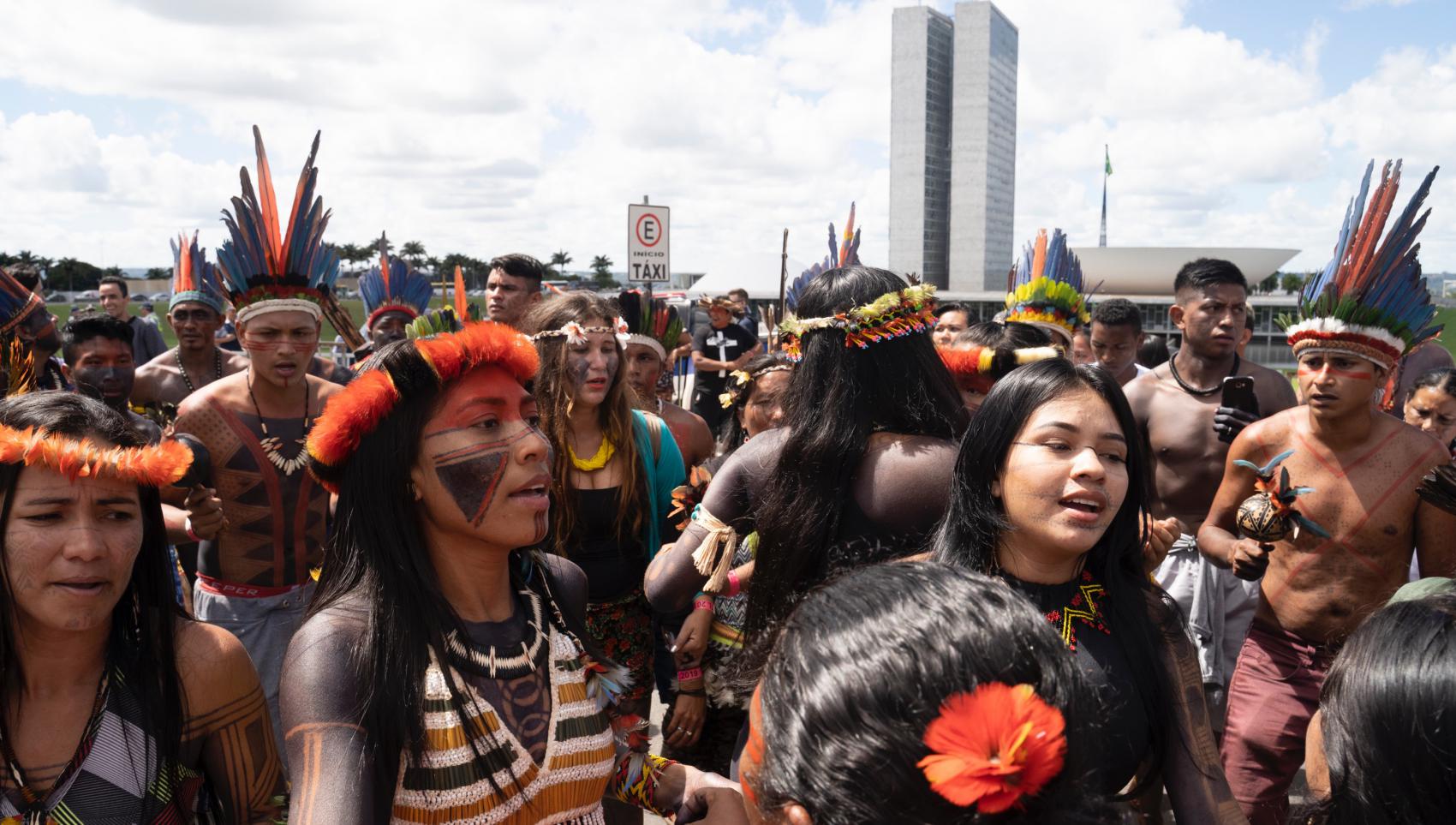 They dance and sing to keep their spirits up, if only to drown out the old white man that comes by shouting out bible quotes, trying to convert the indians. But indecisiveness and desperation nevertheless dampen the mood. Some protestors want to plant their tents on the Esplanada, regardless of the riot police. Others are afraid of the violence. Or how the media will frame the issue, in which they–and not Bolsonaro–will be portrayed as savages. There is no real leadership. It’s only late that afternoon, when Sonia Guajajara gets off a plane from New York and arrives at the camp, that protestors finally take the bull by the horns. As chairwoman of the Brazil’s Indigeneous People’s Organisation (APIB), Sonia is one of the most powerful indigenous leaders in the country.

Become a member to continue reading

You can become a member from 1 euro per month and it takes less than a minute.

High-quality reporting on climate change is needed more than ever, but good journalism is costly. Help us to continue to deliver independent and critical stories that make a difference.

Because we believe that everyone has a right to information, you can contribute to your own ability, and you can cancel at any time. Find out about the subscription formulas and additional benefits on our Patreon page.